For thousands of years, people have used the power of water, the power of river currents by spinning water wheels to prepare grains and fabric. The history of hydropower is as long as civilization.

Over 2,000 years ago, the Greeks employed water wheels to mill wheat into flour, and in the third century B.C., the Egyptians utilized Archimedes water screws for irrigation. The revolutionary Architecture Hydraulique, written by French hydraulic and military engineer Bernard Forest de Bélidor, marked the beginning of the development of the modern hydropower turbine.

Currently, hydropower generates around 17% of the electricity used worldwide. 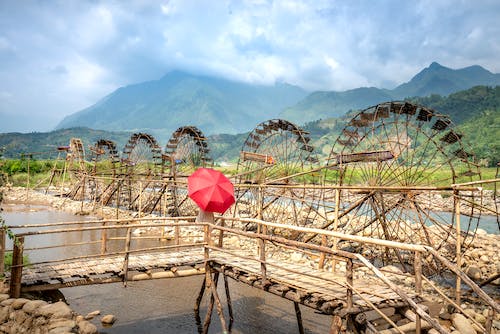 Some of the earliest ideas for harnessing water power were developed in China between 202 BC and 9 AD during the Han Dynasty. Trip hammers were used to pound and hull grain, split ore, and make early paper. They were driven by vertical-set water wheels.

Long-term economic growth has been strongly correlated with the availability of water power. Hydropower was the energy source Richard Arkwright used to build Cromford Mill in England’s Derwent valley in 1771 to spin cotton and create one of the first factory systems in history.

When did turbine technology ‍come?

In the first part of the nineteenth century, hydropower technology underwent some of its most significant advancements. The first iteration of the Fourneyron reaction turbine was created by French engineer Benoit Fourneyron in 1827 and was capable of producing about 6 horsepower.

The Francis turbine, the first contemporary water turbine and still the most extensively used water turbine in use today was created in 1849 by British-American engineer James Francis.

Lester Allan Pelton, an American inventor, created the Pelton wheel, an impulse water turbine, in the 1870s. He patented it in 1880.

Austrian scholar Viktor Kaplan created the Kaplan turbine, a propeller-style turbine with movable blades, in 1913, ushering in the 20th century.

A brief history of hydropower electricity

In 1878, a single lamp was lit by the world’s first hydroelectric installation at the Cragside country estate in Northumberland, England. In the United States, Wisconsin saw the opening of the first hydropower plant four years later, and within a decade, hundreds more had been put into service.

By the turn of the century, the technology was spreading around the globe, with Germany producing the first three-phase hydroelectric system in 1891, and Australia launching the first publicly owned plant in the Southern Hemisphere in 1895.

The Edward Dean Adams Power Plant, the greatest hydroelectric installation in the world at the time, was built at Niagara Falls in 1895.

Hundreds of small hydropower facilities were in operation by 1900 as the new technology spread throughout the globe. A 500 kW installed hydropower station was built in China in 1905 on Xindian Creek near Taipei.

Hydropower facility design saw considerable innovation and modification in the 20th century. The development of major multipurpose projects, including the Hoover and Grand Coulee dams, was pushed by Roosevelt administration policies, particularly the New Deal in the 1930s. By 1940, hydropower accounted for 40% of the nation’s electricity production.

State-owned utilities constructed significant hydropower developments across Western Europe, the Soviet Union, North America, and Japan between the 1940s and 1970s, driven primarily by World War II and then by substantial post-war economic and demographic expansion.

Low-cost hydropower was regarded as one of the greatest methods to fulfill rising energy demand and was frequently associated with the growth of energy-demanding industries like steelworks and aluminum smelters.

Brazil and China rose to the top of the hydropower world in the final decades of the 20th century. The Itaipu Dam, which spans Paraguay and Brazil, was built in 1984 with a 12,600 MW capacity. It has since been increased to 14,000 MW, and today it is only surpassed in size by the 22,500 MW Three Gorges Dam in China.

Before declining in the 1990s, decadal capacity growth reached a standstill in the late 1980s. This was brought on by tightening budgetary restrictions and worries about how hydropower growth would affect the environment and society, which put a stop to numerous projects across the globe.

In the late 1990s, lending and other types of assistance from international financial organizations (IFIs), most notably the World Bank, ceased, which had an especially negative impact on the development of hydropower.

There was a process of reevaluating hydropower’s worth and role in national development at the end of the century as awareness of environmental and social impacts grew on a worldwide scale. A seminal report by the World Commission on Dams (WCD) in 2000 called into question long-standing conventions and sparked a shift in hydropower planning and development toward a focus on sustainability and impacted populations. 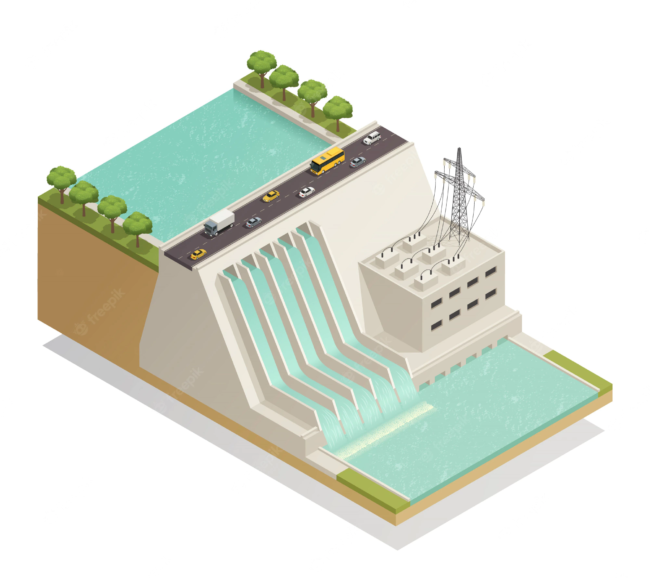 The World Bank Safeguard Policies, International Finance Corporation Performance Standards, and the Equator Principles were all taken into consideration when the International Hydropower Association (IHA), established in 1995 under the aegis of UNESCO, started working on the IHA Sustainability Guidelines in 2004. The Hydropower Sustainability Assessment Protocol (HSAP), a multi-stakeholder instrument for evaluating projects at all stages of their lifecycle, was created as a result of these recommendations.

These advancements prompted a fundamental change in the way hydropower projects are best planned, developed, and managed. They also increased their understanding of the technology’s contribution to the fight against climate change, the alleviation of poverty, and economic growth.

Here is the answer to the question

Given its many features and advantages, hydropower is predicted to continue to be the most abundant renewable source of electricity for many years to come. There is also a significant amount of untapped hydropower potential; Africa and Asia are predicted to contribute significantly to the sector’s future growth.

The International Energy Agency estimates that 800 GW of additional hydropower will need to be installed over the course of the next two decades in order to meet the primary energy-related goals of the Sustainable Development Goals, including the Paris Agreement’s commitment to limit global warming to under two degrees Celsius.

So, the answer to the question: Who invented hydropower? – it is a necessity.

Electricity Prices in Vietnam Could Rise by 30 Percent